Presentation of the project

With our "Concert à la carte" project, we would like to offer you musical mediation concerts in the form of 30-minute mini-concerts that we can repeat several times in one day. The idea is to offer concerts where the audience chooses what they will listen to. The format allows us to be accessible to everyone, to a family audience or one that is not used to going to classical music concerts, to have a real exchange with the audience and to bring the music closer to the listeners.
Despite the audience limitations imposed by Covid 19, a formula of mini-concerts repeated several times allows access to the music to a larger number. Moreover, our formation of clarinet-guitar duet allows us to be very mobile and very adaptable according to the places and to play in inside as in outside.

We present the concert as a menu of a restaurant "starter - main course - dessert". For each moment of this musical meal, the listeners have the choice between two pieces of different aesthetics. We present each piece (the composer, the context and country of creation, the character etc.) as a waiter in a restaurant might present the menu of the day.

The duo Coloris is composed of Hitomi UE (clarinet) and Guilhem MAYNIER (guitar). The two musicians met during their studies at the Académie Supérieure de Musique de Strasbourg in Bachelor/DNSPM (Diplôme National Supérieur Professionnel de Musicien) and decided to create in 2017 a duet mixing two instruments that are not used to share the same stage: the clarinet and the guitar.
However, they quickly realized that the timbres of these two instruments blend perfectly, and that the repertoire possibilities are very large. Indeed, their research has led them to rediscover original pieces for clarinet and guitar from the classical period (such as Heinrich Neumann's Serenade) to the 21st century. The possibility of transcribing pieces originally written for violin and guitar, flute and guitar or piano adds to this original repertoire infinite and varied possibilities.
Anxious to make music accessible to a larger number of people, the Coloris duo offers, in addition to a classical concert program, mediation concerts such as the "Concert à la carte" project, or educational actions for children around a musical tale, in collaboration with cellist and cartoonist Lisa Hofer.

Since 2017, the Coloris duo has performed numerous concerts in Switzerland, France and Japan. 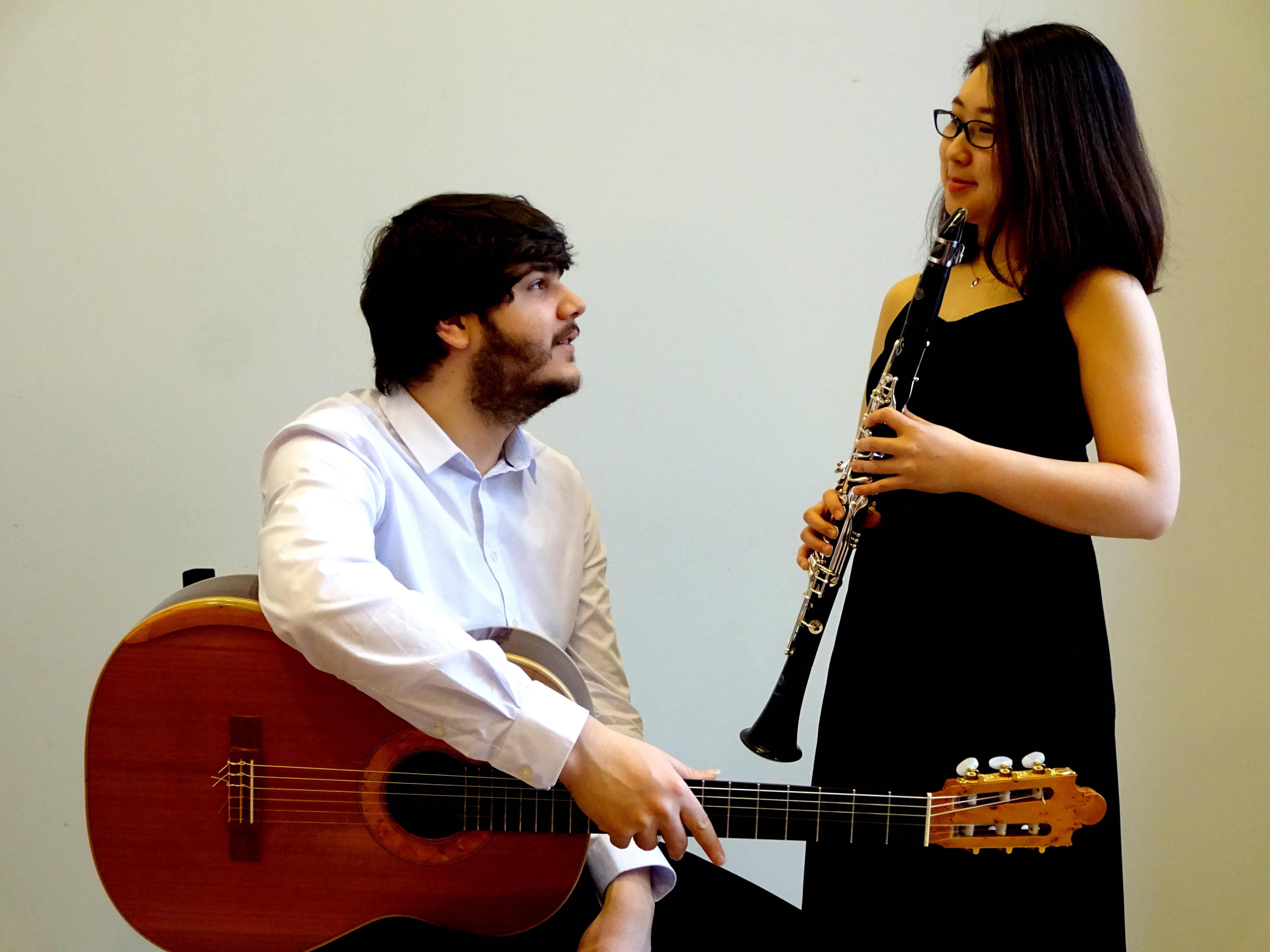