Radio Vostok settles for an evening at the Auberge des Vergers to make you live the exclusive concert of Gauthier Toux - For a word (visit ( www.radiovostok.ch )

The musicians question the ambivalence of the complexity of musical language and its ease of touch, moving the audience - combining the discourse of the notes with the power of the word. They play with the sound material and its phrases, punctuating them with a few musical memories (that of Eddie James' song "Son" House, which mixes with the exchanges of "Grinnin' in your face").

Never yielding to the ease of using the word as a simple case, For a World tames it, sublimates it, dries it up, uses it literally or as a musical effect, making the voice an instrument like any other.

The use and the place left to the voice distil tenuous moments and on a thread, always close to the break, where the word ends and merges, fades and transcends itself in pure sound. English, German, French... the languages follow one another and tell a story, sometimes performative (these few notes, out of frame, which "fly away", alone in "Princess") or disjointed and metaphorical. The quartet enjoys sound nebulae, sumptuous jazz escapades, as much as they do frankly pop melodies that sound like hits.

The music is convulsive or appears with impressionistic touches. The treatment of breath and silence, superbly mastered, gives the whole its unity. We were warned at the introduction: "(...) wenn Worte nicht ausreichen, ausweichen auf Klang", "if words are not enough, dodge the sound". For a word is therefore not thought of as a band with a female singer, and refrains from clichés of the genre. The roles are interchanged in titles that sometimes follow one another abruptly: upsetting, stripped, convulsive, majestic or threatening...

In this whimsical assemblage, Gauthier Toux manages to create emotions that run through the listener without him being able to grasp them completely - lugged around and sometimes mishandled in a jubilant way. We will try to understand and decipher the discourse that runs through For a word to sum it up in one word, but that would be to miss what it manages to tell us without saying it - the capacity of each person to feel and interpret the music as he or she sees fit. Through the filter of his or her imagination and sensitivity, the listener will grasp this "word" with a sense of rightness or misunderstanding - in the image, finally, of our daily exchanges. 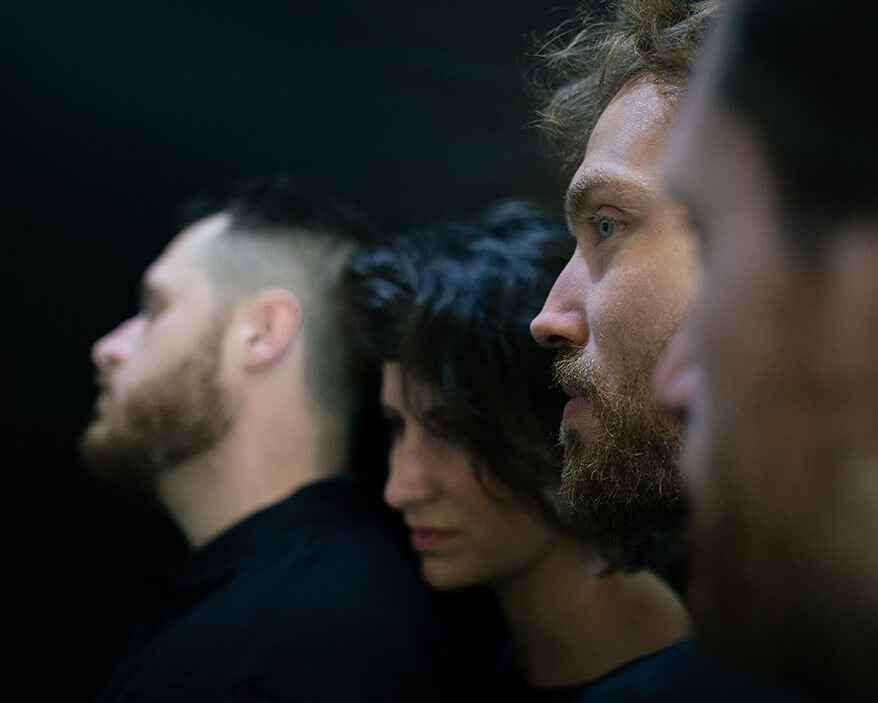