The Auberge is extremely grateful to welcome the exceptional musician LIONEL LOUEKE for a MASTERCLASS followed by a CONCERT.

Lionel Loueke, born on 27 April 1973 in Benin, is an internationally renowned jazz guitarist. In 1990, Lionel Loueke moved to Abidjan in the Ivory Coast to study at the National Institute of Arts and Cultural Action. He then received a scholarship to study in Paris at the American School of Modern Music from 1994 to 1998. In 1999, Lionel Loueke received a scholarship to study at the Berklee College of Music in Boston, which he completed in 2000.

Lionel Loueke began learning percussion at the age of 9, but was influenced by an older brothers who played guitar, which he began to study in his late teens. He saved $50 in a year to buy his first guitar. He couldn't change his strings, which came from Nigeria, and maintained them with vinegar. To change his strings, he used bicycle cables.

He got his first job by chance when a club manager heard him playing a guitar solo. He then played African pop and discovered jazz through a George Benson album sent by a Parisian friend.

Lionel Loueke successfully auditioned for the Thelonious Monk Institute of Jazz at the University of California in 2001, before a jury that included Herbie Hancock, Terence Blanchard and Wayne Shorter. He remained there until 2003.

In 2002, he began playing with trumpeter Terence Blanchard, with whom he recorded two albums on the Blue Note label.

Lionel's career then took off and he had the opportunity to record and share the stage with artists such as Herbie Hancock, Charlie Haden, Avisai Cohen, Gretchen Parlato, Alison Wedding and many others. 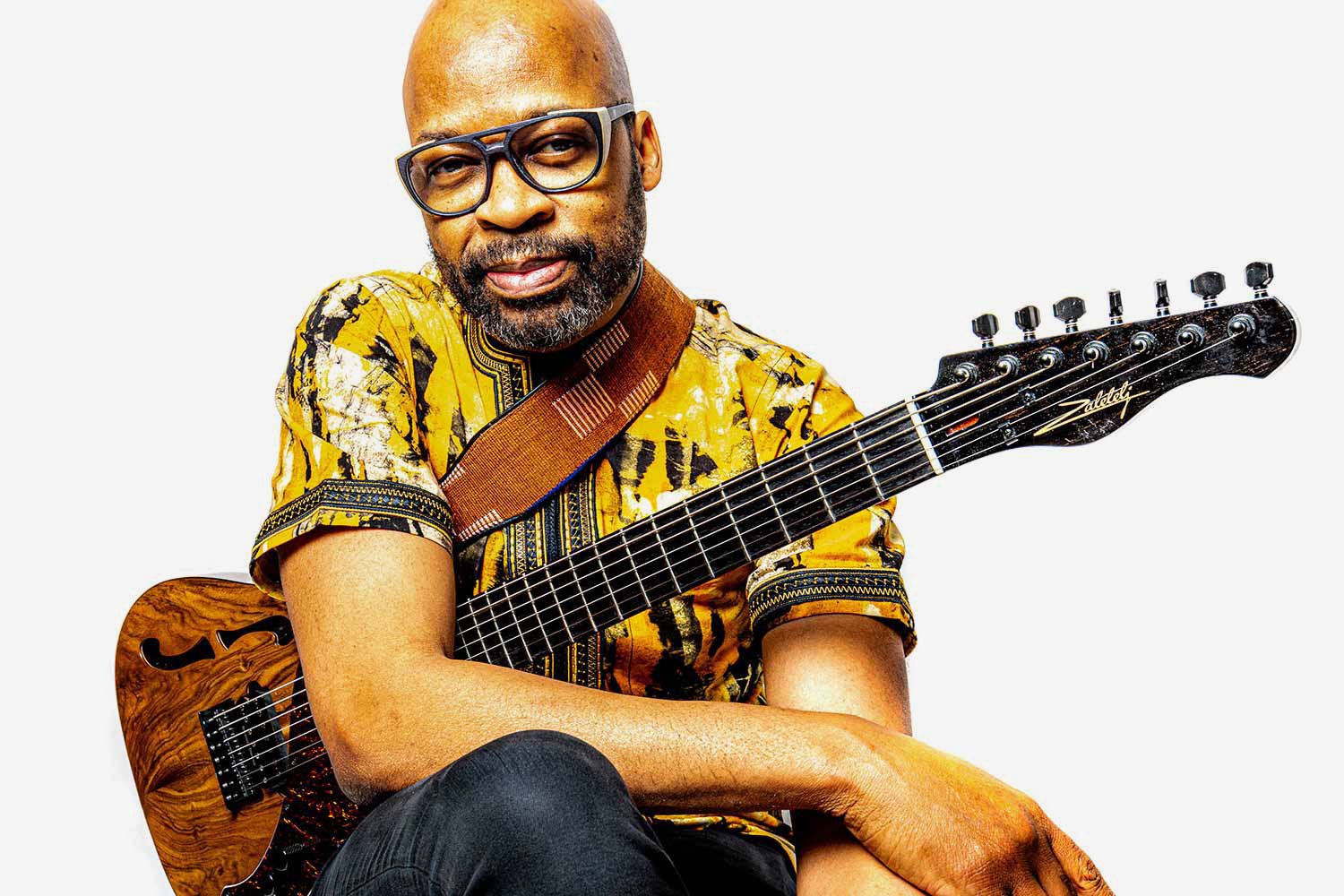